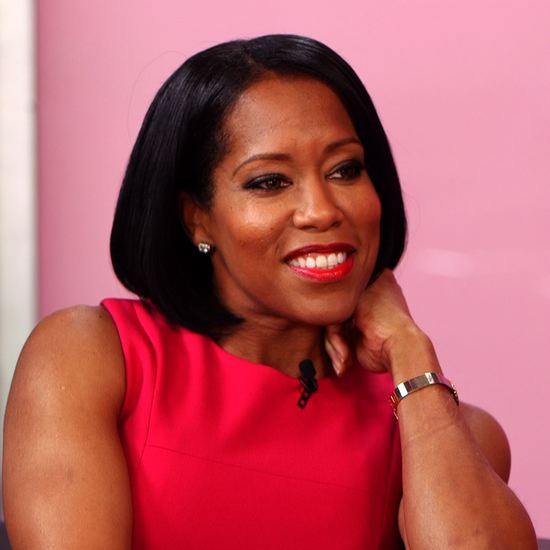 If you’re like me, then you were a Black nerd (“Blerd”) who came of age during the 1980s. You were probably a socially awkward kid who loved not-yet-cool stuff,  like comic books, science fiction, fantasy, computer games, and Dungeons and Dragons. It’s also likely that you had a physical appearance that could best be described as “in progress.” Making friends wasn’t your strong suit, and your parents didn’t know what to do with you since you weren’t involved in athletics, but stayed out of trouble. Finding people who understood you was difficult, but there was one outlet you could turn to for self-actualization: cartoons.

There were two features that made the cartoons of the 1980s better than previous decades. First, the art was better. The growing popularity of anime (“Japanimation”) provided a style that cartoon creators tried to import or emulate. Second, there was a focus on diversity. Quick, name a Black character in “The Flintstones?” How about in “The Jetsons?” If you’re struggling, that’s because most of those pre-1980s cartoons had all white casts. However, the ’80s provided a wealth of diverse casts with strong Black characters. And, somewhat surprisingly, many of them were Blerds.

Here’s a roundup of five cartoon Blerds from the 1980s and the lessons they provided for Blerds of today. The first four are examples of great Blerd role models, but the last one is a cautionary tale.

Description: Mixing Star Wars with the American Western genre, this series was set in the future when interstellar space travel became possible. The cartoon followed the story of four “rangers” who could unlock superhuman powers by touching their badges and unlocking their Series 5 implants. The four rangers were Zachary Foxx, Shane “Goose” Gooseman, Niko, and, of course, Walter “Doc” Hartford.

Blerd Bonafides: Doc was a master technologist who was responsible for most of the technology used by the team. His Series 5 implant augmented his already immense mastery of computers. Doc’s mobile computer also carried six pet programs (called “tweakers”) that looked like flying sparks of light and helped him understand and control almost any type of technology.

What Doc Taught Us: Being a master of computers doesn’t mean you can’t be cool. Always remaining calm and maintaining an impeccable set of manners can get you far in life. Also, a sense of humor makes you more attractive in both platonic and romantic relationships. However, being mannerly doesn’t make you a punk. Draw your weapons with the quickness when necessary. Finally, before fixing a technology problem, confidently saying out loud, “The doctor will now operate,” increases your chance of success to almost 100 percent.

Blerd Bonafides: While IQ is the strongest member of the team, his bionics provided him with super-human intelligence. He is often tasked with providing technological solutions to problems faced by the family or come up with smart solutions to difficult problems.

What IQ Taught Us: You can have a quiet personality and still be an effective team member. While others (sometimes including family members) may try to claim the spotlight with their oversized egos, an introspective nature provides the ability to find innovative answers that they will overlook. Being consistently good is better than momentary flashes of greatness.

Description: This cartoon was set in the year 2020 and followed a special group of law enforcement agents called COPS (Central Organization of Police Specialists). Their members came from all over the United States and represented various types of law enforcement personnel including vice, K-9, motorcycle patrol, helicopter patrol, and others. They were led by Bulletproof who was given a cybernetic torso after being critically injured during a fight with the main antagonist of the show.

Blerd Bonafides: While rarely using technology, Bulletproof was living technology. His torso consisted of an android replacement that, in keeping with his nickname, made him impervious to gunfire. He also had a computer port in his bionic torso that he could use to attach a cable to machines and control them. His torso also had storage areas that held disks. He could attach these disks to machines that would short-circuit or destroy them.

What Bulletproof Taught Us: Your intimacy with technology can sometimes result in distance between you and others, but that doesn’t mean that you can’t be a great team leader. In fact, your ability to be objective is an invaluable asset when mediating conflicts between team members. Also, while you may not immediately share it with everyone, always have a plan.

Description: Capitalizing off the tremendous success of the Rambo movies of the early 1980s, this cartoon portrayed a toned- down Rambo, who is the leader of a special operations group called the Force of Freedom. His team included Katherine Ann Taylor (an Asian master of disguise), White Dragon (also Asian), T.D. Jones, Chief (Native American), and the Blerd of the team, Edward “Turbo” Hayes, a mechanical engineer, pilot, and race car driver.

Blerd Bonafides: Turbo provided the technology tools used by the team and usually handled their transportation needs, whether it was a plane or vehicle. He was always called upon to fix any electrical or mechanical problem.

What Turbo Taught Us: While most of the cartoons of the 1980s focused on the team concept, this one always reinforced Rambo’s superiority. This meant that Rambo often had to “save the day” when the actions of his team mates were portrayed as ineffective.

You may work in an environment with one or more Rambo-type, who excels at emphasizing their accomplishments and making it seem like your contribution is not as important. If that’s the case, you should stay calm, play your position and focus on flawless delivery of your own work. That’s the best way to position yourself for the next opportunity.

Description: If you were a kid in the 1980s, then you definitely remember the Super Friends cartoons. What you may not remember is that there were several incarnations of the show including The All-New Super Friends Hour and  Super Friends: The Legendary Super Powers Show. The cartoon featured popular DC Comics heroes such as Superman, Batman, and Wonder Woman, but the creators introduced three characters that did not exist in the comics at the time. They were Apache Chief (Native American), Samurai (Asian), and Black Vulcan (African-American).

Blerd Bonafides: Black Vulcan was a master of electricity with the ability to fire lightning bolts from his hands and fly by transforming his lower torso into electricity. He could also use his powers to fix circuit boards by soldering them, which hints at some level of expertise in electrical engineering.

What Black Vulcan Taught Us: Black Vulcan was an unfortunate example of how to not be a Blerd. He demonstrated that even being an electrical wizard is no replacement for an identity. Everyone else on the Super Friends had a real name, but Black Vulcan was always just Black Vulcan. He also had no back story that explained how he got his powers. You have to let people know that you’re a person with a history outside of work or you risk being treated as an inferior.

If Batman ever runs late for a meeting, then his team mates can say, “Hey, he’s billionaire Bruce Wayne so we’ll cut him some slack.” Or, if Superman ever drops the ball, then it’s understood that he’s reporter Clark Kent so he has to maintain his journalism gig. But, Black Vulcan? He has no excuse.

So, get your work done, but let everyone know you have a personality as well as a personal life. Otherwise, you risk being painted with stereotypes and discarded during times of stress (e.g., layoffs, recessions, etc.)

Anjuan Simmons has worked in the technology industry for over two decades. He is also the author of “Minority Tech: Journaling Through Blackness and Technology” (http://www.MinorityTech.com). You can find out more about him at http://www.AnjuanSimmons.com.